It’s difficult being a fan of Carbine Studios and of WildStar.  The game’s meteoric flomp at launch has been the stuff of internet comment legend–the effigy held up over the pyre as a warning to every MMO that follows the “WoW-clone themepark” design model.  To say this game and its devs have been kicked while they’re down would be the understatement of videogaming 2015.  This game, its devs, its publisher and its fans have been absolutely ground in to the dirt, fueled by a combination of distrust of NCSoft, delight at underdelivery and just general internet jackassery.

Like any legend, a grain of truth is present.  WildStar’s messaging and its pre-launch grandstanding made the perceived failure of launch that much more delicious.  Everyone loves seeing the braggart get their just desserts when they can’t back up the talk they vomited all over everyone, and this game talked long and loudly.  A mantra of hardcore endgame, of stalwart dedication to the subscription payment model, and of promises made and not kept put people off before things even got started, then combined and exploded like a first timer’s meth lab.  People either lost their jobs or ran away from the project, and hundreds cheered because, honestly, some people are just vicious little scumbags.

The first, last and only image some people will ever take away from WildStar.

Fast forward to today and the game still limps along…and let’s be honest, folks, it is limping.  Despite that, this boisterous little game has begun to sweep itself together and shape into a worthy title.  Patches have brought improvements and new content, with diverging methods for people to play at endgame beyond the “hardcore” raids.  The barrier to raid entry has been lowered, and new dailies and steps have been added to make those who want to become raid-ready simpler than before.

That said, there is still a great deal of work to do.  While the new content adds have been fresh and fun, they still lead to the same raiding path that not everyone will want to play.  There’s still a lack of alternative advancement unless one just leaps off of the treadmill at a certain point.  Worse yet, the excellent storyline of the world of Nexus has so far been stalled in lieu of fixes and fun little additions…which aren’t unwelcome, but are also not quite needed right now, perceptually at least.  And then there’s the bugbear of PvP which, to listen to some, remains unfixed and untouched, let alone the grand design of Warplots just not working out at all.  I’m not a PvP’er so I can’t speak to the truth of these claims or not.  I’m hoping a commenter here will elaborate.

I’ve said it before, nothing burns more than wasted potential in MMOs.

So with all of that said, why does one continue to play this game?  Because of the potential coming, and the things the game does well in spite of a variety of idiotic design decisions.

For one, this game oozes style and personality that is yet to be matched by any MMO title out there.  Like it or lump it, this game has done design of world and characterization right.  The races of the game are distinct, variant and all completely fascinating.  Running around as a Scientist or as an Explorer has given me immense levels of insight into this world and its inhabitants, and I have been more engrossed in this world than any other, themepark or sandbox or even single-player.

Secondly, the combat is one of the best examples of “action combat” I’ve seen applied in any MMO, striking what I feel is the right balance between DCUO or Landmark’s loosey-goosey nonsense and TERA’s barely-concealed dice roll animation locking.  Movement is still key, and lining up your strikes to cut down swaths of enemies continues to feel empowering no matter what.

Finally, the storyline of the game, while not exactly mind-blowing, was fun and fascinating, and leaves me wanting to know more.  As the layers of Nexus were peeled back, it made me want to delve deeper each time, and it really hammered home the idea of being a frontier explorer in a strange and alien world.  Despite the fact that there are settlements and bases and other forms of established civilization, the planet Nexus still feels like its a wild west, with lots of things yet to discover. 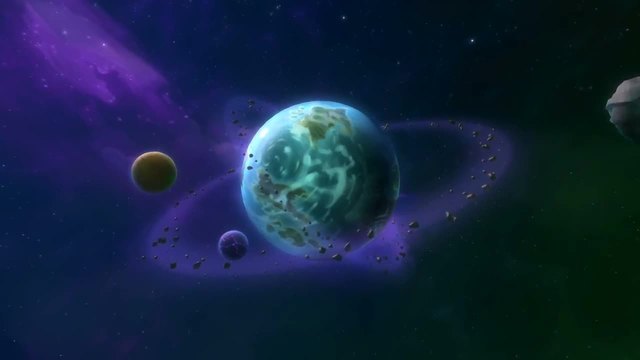 Seriously, this place has a lot going on for just three continents.

Despite all of these bright and shiny spots, though, even I find myself logging in pretty infrequently.  Perhaps, then, there’s things aren’t so great.  Perhaps it’s a lack of effort on my part, or a lack of wanted content on theirs, or maybe I just ultimately feel like I’m contributing to the death of the genre.  Who knows.  But as sporadically as I play this game, I still love it.  I still find myself wanting to improve my level 50 Healslinger, or level up my Draken Warrior to see the story on the Dominion side.  I still want to re-investigate the RP side of this game,  Who knows, maybe I’ll get to experience all those dungeons or Adventures I’ve missed out on.

It’s easy and sadistic fun to kick a guy when he’s down.  It’s even more fun and ultimately enriching to cheer them back up.  Maybe that’s why I play this game…because you love the underdog that won’t quit, and you wanna be there to pat their back or give them a hug when they hit their stride..

Then maybe us fans can have our own “Toldja so” moment.

5 thoughts on “WildStar Through Wolfy’s Eyes”