This post idea kind of sprang to mind in addition to the post I was making about sidequests.  Specifically, not only are they useless fluff that don’t feel like a grand quest, but they also don’t make me feel like a great hero.  I mean, I don’t know how many epic poems Homer would have written about someone who killed five bulls and harvested their spleens.

“I can totally string that out to 50 stanzas, easily.”

Granted, I’m the only one bristling with weapons that approaches the “common folk” to help them with dangers that would very likely kill them in the attempt…but that sort of misses the idea.

In an MMO universe, we are more often than not tasked as being the only person capable to save the realm from a larger threat.  So in that outline, immediately, taking time out from combating this looming danger to stab bunnies for a stew is pretty stupid.

It would be amazing if the people of the realm had actual, real challenges facing them that would require a highly skilled swordswinger, like some invasion or something to that effect.  Guild Wars 2 tried to replicate this sort of feeling with their events, but at the same time the reset timers were blatantly obvious, and the cost of failure was a pittance at best.  There was never any real sense of urgency in anything I did in Tyria.  I never felt heroic so much as the center of a murder whirlwind against enemies that moronically charged at me.

Even XIV did this poorly with their FATEs, where a giant baddie would spawn at random, but if it wasn’t taken out it just sort of….poofed.  That didn’t feel like a world of peril, it felt like I lost a pinball game.  And the fact that FATE trains are a thing pretty much reaffirms how “videogame-y” that whole system feels.

By the time all of that side stuff is done, I’m ready to take on that big dragon and progress on the heroic story quests, so maybe these side activities are doing their job.  But ultimately I feel like they’re needlessly padding things.  Obviously, MMO’s only make money if people are invested in them for long periods of time.  But you know what would make me invest in a game for a long period of time?  Having some epic quest to do that demands skill and facing real odds and challenge.

That really doesn’t work in many of today’s MMO’s.  People don’t have as much time as they used to, self included.  They wanna feel like they accomplished something in the small amount of time they had to play.  Thing is, though, I personally don’t.  I’m fine with at least getting a little bit closer to having achieved a greater goal if I had fun in the trying.  I suppose this is why, on a more primal level, XIV’s gear grinds work for me, because of that fact…though that fluctuates with the variety of activities.  Or, in the current state of XIV right now, the lack of variety.

It’s also why so many people blast through leveling to get to the endgame content–because that’s where the sense of achievement lies.  And nothing about doing side quests or taking on every complaint of every citizen of your game’s world makes you feel like a hero.  I’m not sure how getting the spikiest, glowiest armor makes you a hero either, but c’est la vie. 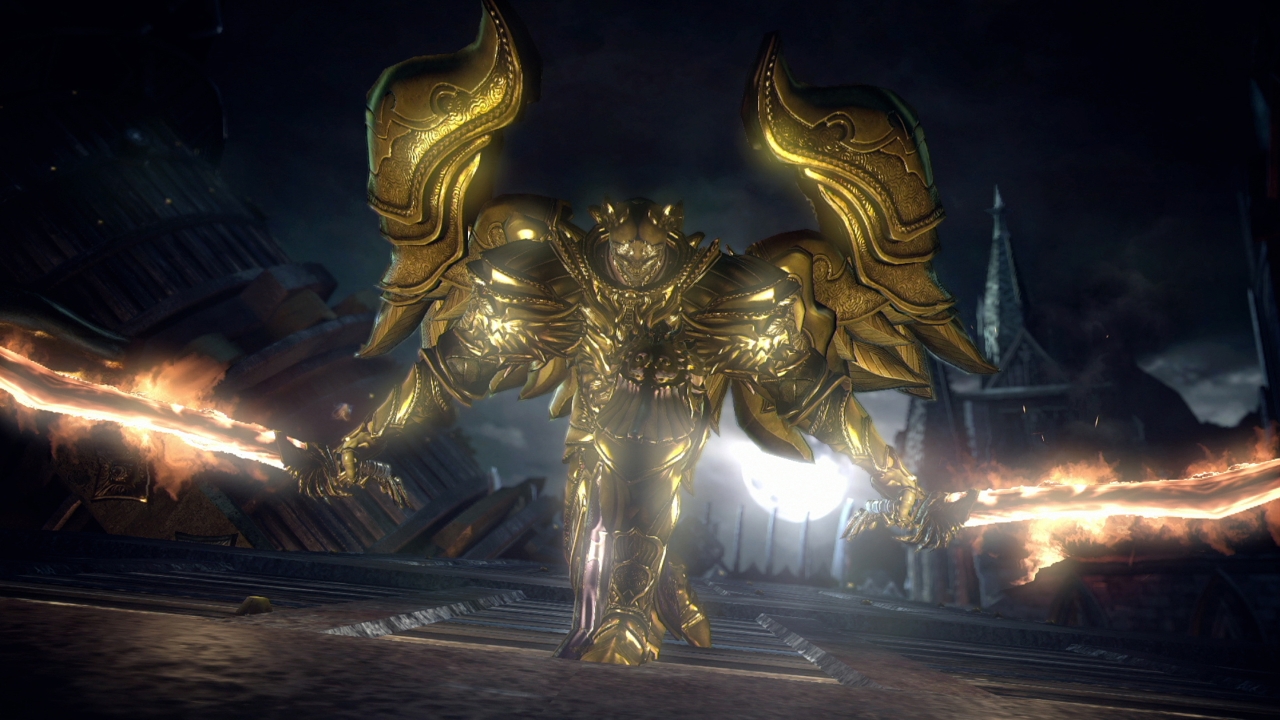 “…and that’s number three! Man I feel like I changed the world! Take that, random spiders!”

In an MMO where everyone is The Grand Hero, obviously, we all can’t have that level of impact in a themepark.  That’s where a PvE sandbox could fix that.  Earning the favor and adoration of citizenry due to fighting threats that spawn–and seeing those threats are indeed eliminated fully–is the only real way I see that we can fix that lack of feeling heroic.

Or, as my prior post stated, make your narrative quests feel like heroic endeavors.  Cut the fat, give us the beef.  Or tofu, if you’re in to that sort of thing.  Weirdo.

When I ended the Main Scenario quest of Heavensward, I really did feel like a champion.  Everything else I had done prior–all of those levels and all of the nonsense–paled in comparison to the final battle and the final defeat.  And the threads hanging at the end make me want more.  But in the meanwhile all I’ve got to rely on is RP and the currently anemic grind to give me a sense of achievement.  That’s not really the best MMO design, honestly.

Still I play, though.  Probably not helping the problem in the process, but still trying to find enjoyment in it all.  And I do, despite the gripes.  I still can come up with stories to circumvent the lack of feeling heroic.  I can still write a personal story that gives my character a sense of progression while ignoring that stupid Item Level score net to my character’s head in the character sheet.

Know this, though…the second an MMO comes out which makes me feel like an impact-making hero?  I’m so setting up roots.  So hard.