MMO’s are things that can be done solo, which is fine and well and wonderful…but at the same time, there are things that are just better together.  I have tried to just get by on writing headcanon for my character in Final Fantasy XIV, but that’s more an exercise in writing than it is engaging with others.  MMO’s are best when you find like-minded folks to be with.

But in a gaming age where groups are assembled through a finder algorithm, is there really a point to it anymore?  Are MMO’s losing their social side?  Not really.  You just have to do a bit of legwork.  Which isn’t really work at all.

Calling it “legplay” just gives it a whole different context.

When it comes to roleplaying, it’s as insular an activity as it gets.  Designing MMO’s nowadays seems to be hell-bent on cutting out as many ways as possible for people to take on the personalities of their avatars, from lack of social spaces to lacking emotes to poorly written narrative tropes.  But players find a way, and communities form in spite of it all.  A game has to be fun to play first, of course, and has to have a rich enough universe that people want to live there digitally, but that can happen in nearly any MMO.  Hell, I never thought Tabula Rasa would have an RP community, but there it was once I sniffed around.

And, yes, you have to sniff around.  A quick bit of Google-fu will unearth myriad sites, forums and other places where players of your chosen stripe hang out.  Once you’ve found the door, it’s simply a matter of putting your foot in there.

But even beyond that, it’s best to look around at a lot of options just to get both a gauge of the health of the community you’re seeking and the tenor of a forum.  It won’t matter how good the game plays if the others playing alongside and with you are miserable.

“Another day, another raid weekend…sigh.”

Even thinking outside of the box can be an effective means of reaching out to your favorite playstyle community.  The Secret World has cornered the market (at least perceptually) on in-character Twitter accounts, which would mean that you have both an interesting avenue “in” as well as a way to put yourself out there.  Groups on Facebook and Google+ are all over the place for a game’s playstyle.  Tumblr is a thing that exists.  Wiki wiki wiki–there’s myriad options.

The idea of an in-character Twitter account for my WildStar character has been in my mind a lot recently.  As I ramp up my time in that game more and more, some extra outreach in addition to forum visiting seems like a good idea.  And, again, it just seems like fun.

It doesn’t have to be limited to roleplay, of course.  Blogging about a game exclusively is how a recent addition to my blogroll makes his money so to speak.  And even though I don’t play EVE at all anymore, it’s still cool to find that sort of person willing to document their experiences for others.  Maybe someone will reach out to him and give the game a swing. 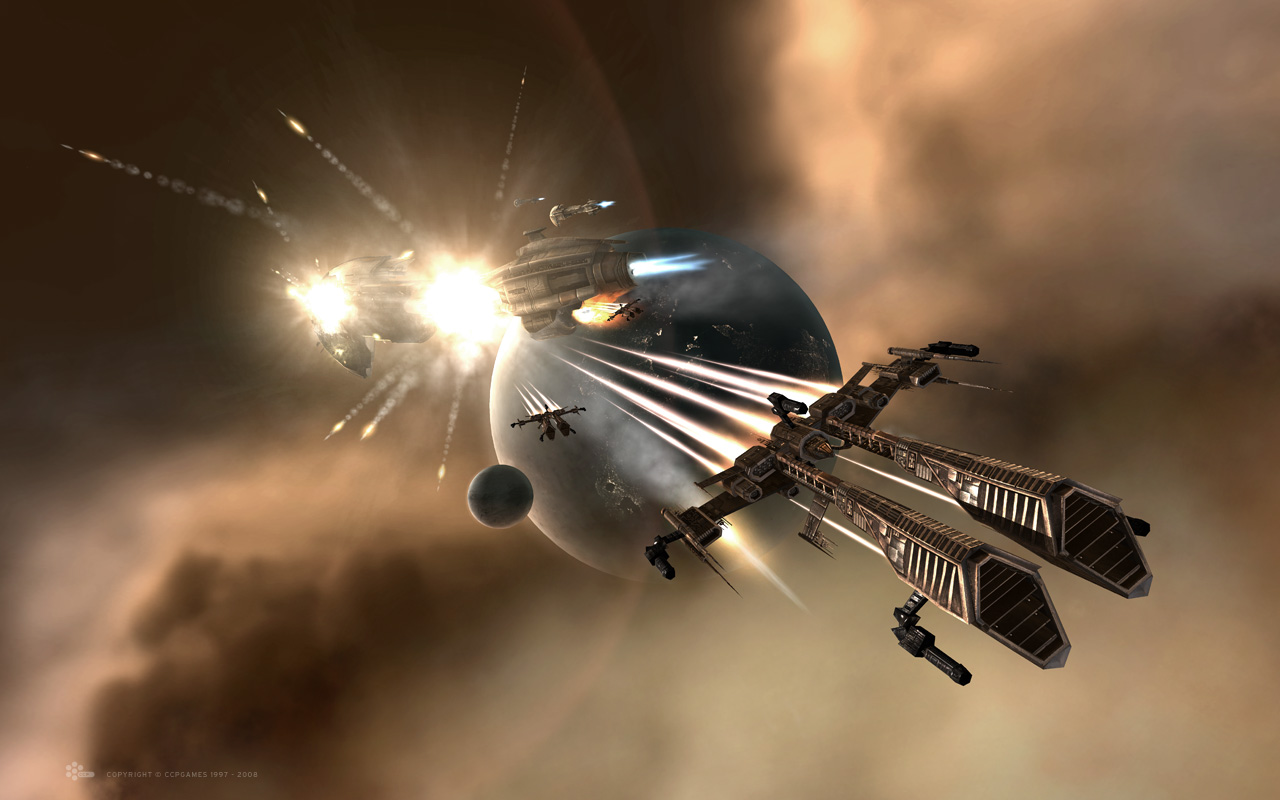 …though more often than not you’re the pretty explosion and not the pretty ship.

The point is, if one really wants to be a part of a community in an MMO, it will take a bit of doing.  But, yanno what?  It did back then, too.  In fact, it’s even easier than it was back then.  I mean, message boards were a pain in the ass in the infancy of the internet.

The thing to make a game sticky is community.  And while it would be awesome if MMO developers made design choices to engender this sort of thing, us MMO gamers have always been very good at filling in those cracks.  You just have to really want to be included and not mind being a bit of a digital extrovert (sorta).  And if you’re anything like me, finding a place to meet others of your interest will be as routine as remembering your login details.  It will be exciting to find that place to convene with other fans.  It will heighten your excitement.

It will be fun.