I’ve been watching a lot of Twitch lately.

It’s not really something that’s worth blogging about on its own, of course. I could perhaps fashion a listicle about what sorts of channels I really enjoy, but this being a personal blog I’m going to talk about something that’s come up to my mind literally just moments ago. About streaming. About being a personality. About the want to be entertaining and engaging versus that little voice that hums a mantra of self-destructive doubt.

I’m married to a vlogger. A man who has aimed a camera at himself for six years’ worth of consecutive days. It’s baffling behavior, especially considering he has a viewership of three or four people on average, but it also makes sense considering the age he’s done most of his living in. He’s kind of grown up with the idea of social media and the selfie. He’s accepted that personal experiences should be shared across several websites. He went to school in a culture that tried to teach him how to make people listen to you and engage with a character you’re playing.

I didn’t live that. I’ve lived watching way more technology develop than he has, arguably, but from a social standpoint I never got to grow in to being something to share. I’ve lived just about two decades of my life under the impression that you’re not that important or interesting.

Being married to a vlogger has thrown me in to the deep end of that world. I don’t try to put on an act, but a part of me still has a compulsion to adjust my behavior when I hear that little camera of his power on, and it’s something I’ve got to adapt to. Because he loves it. And I can’t not support what he loves.

“Smile pretty whether you like it or not, bitch.”

Slowly, I’m becoming adjusted to the concept of being a shared experience. I’ve decided to use my Twitter as a way to make people enjoy and love gaming and other nerdly pursuits as often as I can. I’m very seriously considering revisiting 8-Bit Rainbow. And I am also really wanting to join the streaming community.

But for all the wants, and all the enjoyment and all the admitted jealousy of how easy and enjoyable other streamers seem to make this look, it’s all still striking me as completely alien. Completely pointless. And there’s always that mantra, of course. “Nobody cares. Nobody fucking cares. Don’t bother.”

I’m a very minor public figure now and it’s still unreal. I’ve already written things that have gotten some pretty strong derision while on a much larger stage, and it’s kind of reaffirmed my terror. But then there are those few others that just make me want to play along or shoryuken that doubt so damn hard. 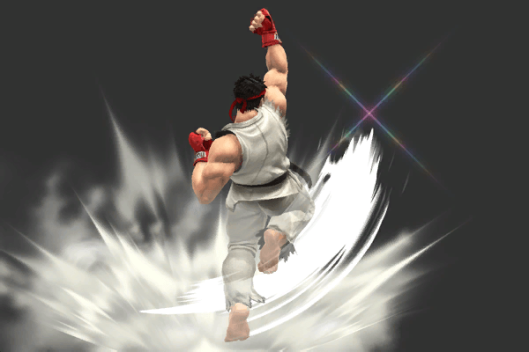 “RISE OF IRON ISN’T BAD JUST NOT THAT GREAAAAAAT!!”

So I stand on the precipice. I’ve got OBS. I’ve got several games that could make for interesting viewing. I’ve even got a schedule set up…sort of. What’s stopping me is me.

I am my very worst critic and my very worst enemy. I want to make things that people will love, but I also want to be honest. I want to write things that people want to read, but I can’t tell them something isn’t what it is. At least in my opinion. All at the same time, the few times I’ve offered my thoughts on a large scale, it’s been met with such…just…anger. It’s staggering and disheartening and nobody cares. Nobody fucking cares.

But I can’t let that beat me. I can’t let that stop me. People are so aggressive and easily enraged about gaming that fun is being forgotten, and growing up as gaming started makes me want to fight against that. To make people remember. And what better way than to share my experiences.

It’s a company name AND a description of what my eye does when I think about it.

Streaming looks like a great time, and the list of people I follow is slowly beginning to swell. It’s a new world and a frontier so unique and exciting that even Amazon wants to make it part of their games by default.

And it terrifies me. But I still wanna do it.

Should I do it? Will I? Hard to know. But the whole idea of sharing myself with others has got to be part of me now. It’s what I’m doing for those I work for. It’s what I want to be for those who feel they want to follow me on Twitter. It’s a compulsion and responsibility and challenge that I want to face.

If nothing else, look for me in your Twitch chat, at least. I’ll be watching.

3 thoughts on “Being a Shared Experience”