Okay, enough of the sad crap.

My previous blog posts have been kind of droll, with me saying goodbye to a loved MMO and before that having a bit of a whine about people not having fun.

So, in the interest of that whole spreading fun thing, I’m going to take a few moments to look forward to some of the awesome stuff that’s coming our way in video gaming. Because dammit, that totally deserves a moment of excited flapping.

This kind of flapping.

These are in no particular order and I’m admittedly going to miss a few and then want to recall them later. But, hey, that’s kind of what lists like this are for, right? Being completely wrong?

Anyway, let’s get it going.

Like I said before, I’m unnaturally excited for this game. It will very likely get astonishingly boring, but I also don’t expect that will be the case until a long while later.

Near as I can figure, you’re free to waddle about this village, completing little challenges that ultimately involve you messing with other people’s stuff, be it stealing their hats or dropping their things into a pool or what have you. It looks like unrepentant fun.

While it would be nice to see some multiplayer bothersome goose action, I’m actually pretty glad this is a single-player game. Perhaps later that’ll be added down the line, but for what it appears to be, I can’t ask for much more than what it says on the tin. 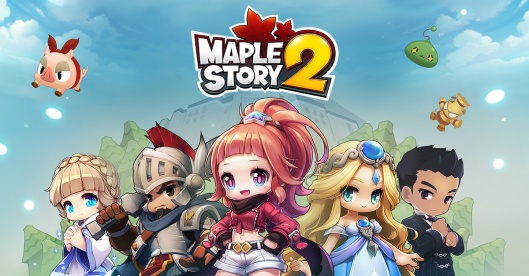 I have an extremely hard time explaining just why I’m so eager for this one to come out. I guess it’s just a personal perfect storm – I want something bright and colorful and fun to play in my MMO gaming, and this game really does it best.

I didn’t get terribly far in my time with the game’s last beta test, only hitting around level 25 or so. That said, what I did experience was a huge amount of fun. It really is just an MMO version of Kirby’s world with chibified characters and some actually pretty solid enough ARPG combat.

Beyond the basic game, though, one thing that stands out to me is the other stuff you get to do. I am a particular fan of the little side games that pop up occasionally that you can join in on, which involve either foot races or standing on sections of a floor in the hopes they don’t fall away. It’s just very cheerful and I am so here for that.

One of my all-time favorite sub-genres is the Metroidvania, and this one looks so Metroidvania it hurts. But in a really, really good way.

From what I can gather watching the gameplay video, Timespinner is about this woman who has a variety of magical abilities that let her manipulate time itself, using it to stop the world for a moment to get out of the way of an attack for example. She also appears to have a bunch of sick-looking magical spells and various weapons.

It has that perfect modern 16-bit style that I absolutely adore, what looks a lot like a Symphony of the Night style of combat and possibly some manner of RPG elements. In short, it feels like a game that’s just tailored precisely for me.

This really looks a whole lot like a Fire Emblem game and Advance Wars, but on PC and with a fantasy setting. All of those things I am absolutely ready for, even if I have the tactical mind of a grapefruit.

The thing about Wargroove is that it looks like one of the more accessible strategy titles out there. Probably because there’s a general brighter color palate, but also because it doesn’t look like there’s a dearth of options or considerations one has to weigh when going into battle. That might sound piecemeal to some, but for folks like me who couldn’t strategize my way out of a flimsy cardboard box, that’s pretty much perfect.

Besides, Advance Wars was probably one of the most underrated games to come out for the Game Boy Advance. In my opinion, anyway. 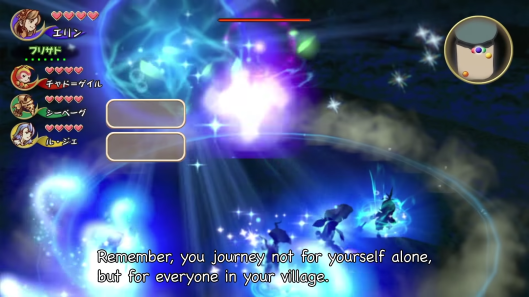 Take the charm and whimsy of a more upbeat Final Fantasy world and mesh it with an ARPG and you’re pretty much right on with what this game is all about. The biggest pain in the ass for the original when it first came out on the Nintendo GameCube was the requirement of multiple Game Boy Advance systems and associated cables to hook the handheld to the system, but that will no longer be an issue.

Honestly, this is one of the most surprising remaster announcements I’ve seen in a while and I couldn’t be more delighted. In spite of an admittedly silly barrier of entry to play, FF Crystal Chronicles had a delightful style and a really lovely sort of fun Celtic world that spoke to me. And, as is often the case with Final Fantasy games, an awesome soundtrack.

So, yes, I’m very ready for this one to make it into the modern gaming market with all of the connectivity and bells and whistles that come along with it. 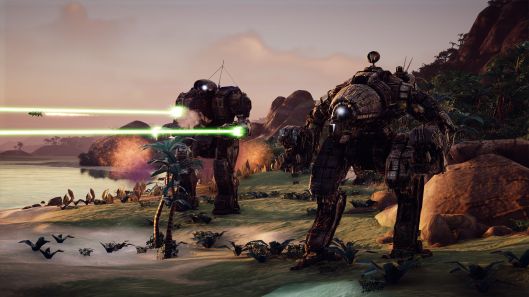 Like I’ve said here on more than a few occasions (I think), I love me some big stompy robots and Battletech definitely scratches that itch in one of my favorite big stompy robot universes. So naturally I’m ready for more of the same.

What is most interesting is the addition of the Hatchetman ‘Mech, which as its name implies swings a big-ass axe around. Now, when compared to other ‘Mechs in the universe, that’s not really much….but considering that the Hatchetman weighs 45 tons, that’s a lot of axe to swish around. Of course, its other stats do leave me thinking that maneuvering will be key to not be blown to slag, but it could be fun. Besides, it looks like there will be lots of other machines to romp around in, too.

Now if only they’d get to the point where the Clans arrive…though that might be a while yet. I just miss being in the command couch of a Shadowcat is all. 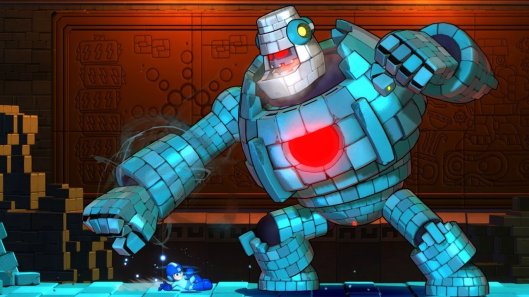 As eager as I am for this game, I’m yet to download the demo. Freakin’ weird, right? But I have watched it in action and do plan on getting it myself, and I have to say that this looks awesome.

Seeing the classic Megaman gameplay and look and style with just enough new things to make the formula interesting without twisting it up is outstanding to see. Especially after the disaster that was Mighty No. 9. I love seeing a much-wanted game series come back in a big way and from what I’ve seen, Megaman 11 does the pedigree justice.

I will say, though, I do hope they patch in the ability to leap into boss rooms like you’ve always been able to do. That’s got to be a demo oversight.

Those are the games that immediately spring to mind that I’m looking forward to, but I’m almost positive there are more than a few that I’ve missed. So, if you’ve got some goodies coming down the pipe in the near or distant future you’re excited for, lay ’em on me.