My initial research for this blog started with looking in to the job description for the position of Community Manager.  Stupendously orange blog Social Fresh briefs the position as “the face of a company, managing communications in both directions.” and “…is responsible for all communications, PR, social media, events, and content creation, among other things.”

On the surface the job seems to be involved, but hardly a difficult one.  Though, the moment someone makes an assumption is generally where logic begins to whimper and hand over its wallet in the hopes that it won’t be beat up.

And then logic hides under the bed.

Anyone who’s worked in the service industry can probably tell you that hell is truly other people, especially when you’re dealing with said people in “I need” mode.  I can imagine that the community manager not only has to face this same torrent, but do so with the brightest grin and the most carefully thought-out responses possible.  As the face of a company, you’re the messenger as well as the first person approached for grievance or…colorful opinion regarding the company you work for.

With the proliferation of social media, community managers have more tools than ever before to engage…and also more venues for people to drive them to ditch their jobs entirely in order to drink beer for a living instead.  The gaming industry is one of the largest out there, and the multiplayer and MMO sectors are, in my view, where companies have the most to gain and lose when presenting their face to the public.

A good community manger, then, is a commodity.  One that should be supported and lauded as a hero.  The general charging first into the field or first approaching the discussion table.

And almost always wearing armor that’s about three times larger than his or her head.

I haven’t been much for the TwitterBook or FaceTubes, but the launch of WildStar made me engage because of one man specifically.  Tony Rey.  While Stephan Frost’s personality and the game’s overall approach to conversation in the form of its DevSpeak videos sparked my interest, Mr. Rey was the thing that really made me delight in the folks behind WildStar’s creation.  Whatever minor issues I might have with the game, they’re put aside because Tony Rey has been an unflappable force of enjoyment–a man who not only remembers the job title, but also reminds people that he’s a human damn being as well, and continues to share the other facets of his passions and life regardless of how tied they are to Carbine Studios or not.

That is powerful stuff.  And that last bit is important.

MMO gamers can be some of the most vocal, empassioned and raucous bunch I’ve ever had the combined pleasure and embarrassment to be associated with.  We dig for details in game code.  We analyze numbers and data and regurgitate meta-data, breaking down a title’s mechanics to absolute efficiency.  We ingest information, releases and assumptions.  We brutally remember when things aren’t smooth, and instantly forget when things are.  And on top of all that, we have means to espouse all of this at the very companies making entertainment for us.

In all of that…we can forget that the folks behind these games are that.  Folks.  Humans.  I have almost never believed that any game development studio hires people who want to honestly, deliberately make a bad game.  It’s incredibly easy to lump one poor gaming experience as the entire company’s fault without acknowledging their humanity.

Yup. Even these guys.

The Carbine Community team, and Tony Rey in specific, has been stupendously skilled at ensuring the humanity isn’t forgotten.  He has fun at work.  He makes great content for WildStar.  He acknowledges issues and approaches problems with the confidence of a leader as well as a careful gentleman.  He even gets annoyed by the things he’s exposed to…unapologetically so.  That stuff makes a difference.  That matters.  Whether many know it or not, or acknowledge it or not, that is vital for an MMO company to have.

WildStar has had a bumpy, sputtering start–anyone who tells you otherwise is probably not paying attention.  Still, regardless of this, I still enjoy the game even if all I do currently is log in for some RP for a couple of hours.  Because the game is engaging.  The world is beautiful.  The people who populate it are enjoyable.  And because I’m reminded daily on my Twitter feed that there are hard-working, passionate and determined humans.  One of whom is named Tony Rey. 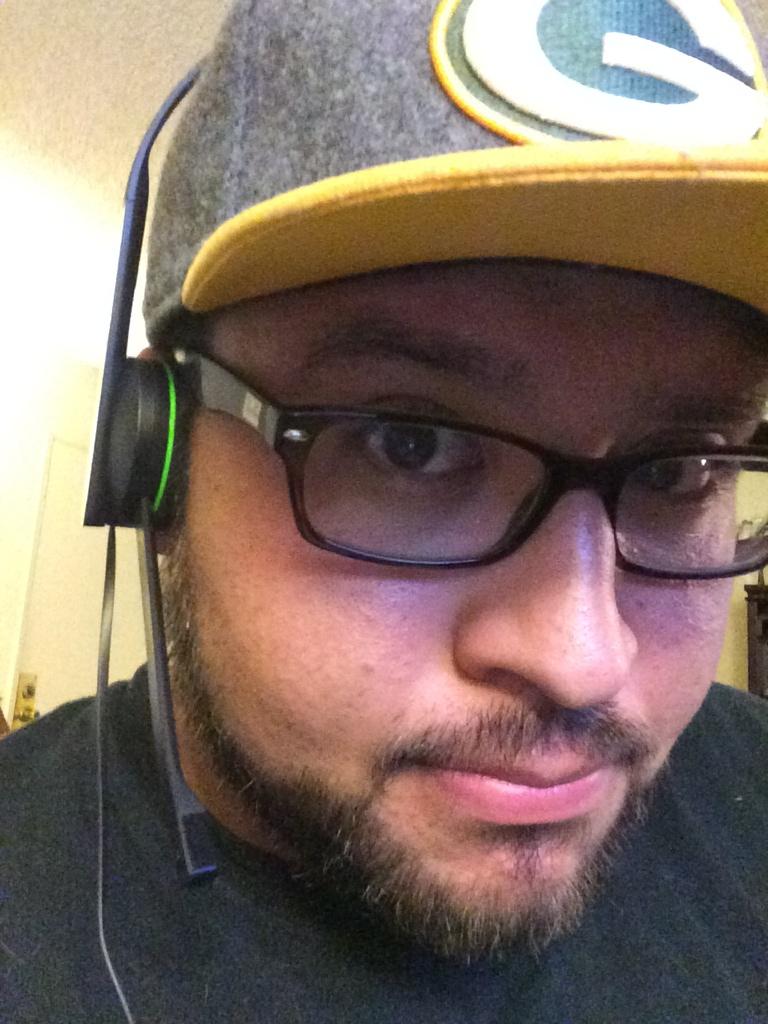 You can’t not love that face, even if he is a Packers fan.

So this is for all of the community managers out there.  No matter the title.  Even the ones I don’t like, such as EvE Online or World of Warcraft.  I dunno how many of you are going to see this post, but I hope my goodwill is sent to the ether at least.

Your work is so stupendously vital and it may seem like you’re naught but a doormat, but know that some of the angrier ones are the ones who want a game to succeed the most…and the quiet ones are appeased.  You are a face for your company and you have power and control that can speak to us.  You ARE your company.  You can and have and continue to do immensely wonderful things that are so incredibly simple.  Just listening carries more power and weight than you know.

So thank you.  For listening.  For speaking.  For engaging.  For the tweets and the Facebook posts and the streams and the Vines and pictures and forum postings.  Thank you for being in there with us.  Alongside us and not in front of us.