…so I sort of missed the original point.

Syl’s comment on my previous blog post about solo playing in MMO’s pointed out a couple of things: 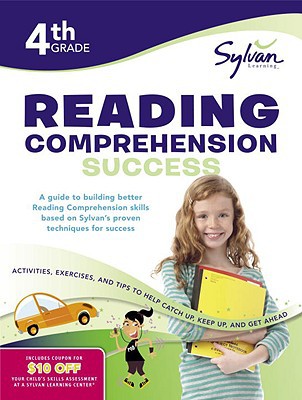 Coincidentally, I just ordered this on Amazon! 😀

So let me expound upon this whole thing a little further. I think I touched on why people solo in an MMO. Now I’m going to directly talk about how MMO devs can make good design choices to feed solo players and group players without causing risk to the genre…and like anything else, it’s about striking a balance.

END_OF_DOCUMENT_TOKEN_TO_BE_REPLACED

The delightful and probably fun to sit around with Syl of MMO Gypsy posed a rhetorical question to the Twitter ether today, asking why anyone would want to play an MMO solo and why they’d want a multiplayer game to design specifically around that playstyle.  On the surface, sure, it sounds like pretty much anathema: the idea of an MMO is the “multi” part of that acronym. It’s literally designed to allow thousands of people to do things at once.

Of course, like almost anything else, it’s not quite that simple once you scratch the surface. END_OF_DOCUMENT_TOKEN_TO_BE_REPLACED

MMO’s are things that can be done solo, which is fine and well and wonderful…but at the same time, there are things that are just better together.  I have tried to just get by on writing headcanon for my character in Final Fantasy XIV, but that’s more an exercise in writing than it is engaging with others.  MMO’s are best when you find like-minded folks to be with.

But in a gaming age where groups are assembled through a finder algorithm, is there really a point to it anymore?  Are MMO’s losing their social side?  Not really.  You just have to do a bit of legwork.  Which isn’t really work at all.

Calling it “legplay” just gives it a whole different context.

END_OF_DOCUMENT_TOKEN_TO_BE_REPLACED

President of Daybreak John Smedley was quoted this week as saying the era of the WoW-like MMO is over.  Citing shorter gaming sessions as a design goal for the company’s next titles, it pretty much shook the old guard’s core rather violently.  He would later go out to say that all things EverQuest are safe, but to hear one of the old vets of the genre do a “the king is dead long live the king” announcement gave people pause.

And then he continued to look like he was RIGHT BEHIND YOU OMG!!

END_OF_DOCUMENT_TOKEN_TO_BE_REPLACED

I’ve been playing the hot holy hell outta WildStar since its launch in July.  I was one of the game’s detractors due to its design choices, both gameplay and artistic.  After a while, though, I’d gotten over most of the design decisions (and by extension myself) and started taking the game by its merits as a game.

At launch, I was not incredibly disappointed.  Though there are some quibbles I still have with the title, it’s still one of my favorite MMOs going and I see myself visiting the planet of Nexus frequently and repeatedly as The Pink Lightning, Kael Dashwind. 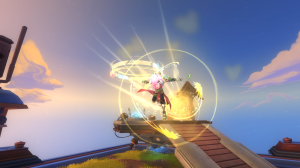 That said, I started hearing the sound of sizzling as my brain got fried over the tenure of my initial romp in the game.  Little things that otherwise would have slid off my back began to grate, and I just found myself not having quite as much fun.  Usually the three month mark is when retention gets to its lowest, and I was following the pattern.  That said, I was with an amazing group of people who also played and I made a character whom I adore roleplaying as.

Even though MMOs are, by their very nature, designed to be immense time sinks, I never really did ascribe to the idea of being a content locust.  I always try my best to really swirl the game’s flavor in my mouth, note its bouquet and really get immersed in its narrative and universe that was built.  But for the same reason people need a vacation from their jobs or their homes once in a while, so it was with me and Nexus.

So, what to do?  I got a palate cleanser.

…wait, this is a failure though!

You’ve all heard those breakfast cereal commercials that try to deflect the fact that they’re a box of sugar with sugar marshmallows and a sugar-coated toy from China inside…the little disclaimer that mentions that their box of Explodie-O’s are “part of a balanced breakfast”?  That’s how I feel with regard to MMOs.  They’re escapes, they’re virtual worlds that a character can be crafted to populate…but in the same way you would plan a vacation to someplace entirely different as a means to refresh and recharge, so I do with MMOs.

Balance, here, is the name of the game.  With regards to Elder Scrolls Online and WildStar, they share some similarities in a brass tacks level mechanically.  Beyond that, they are two different games.  Two wholly different worlds that are crafted well and can only really get better as time moves on.  The divergence is key–while they both may feel the same in a gameplay standpoint, they’re two separate and unique experiences.

There’s this weird stigma that there should only be one MMO title, or that achieving some mutant metric of player numbers is the only way a title from this genre succeeds.  I don’t buy in to that.  Ask anyone who’s locked into a single cable company if they would rather invite some competition, or think about whether or not your cellphone carrier would be as reliable or offer the deals they may offer if there wasn’t other choices around.  Competition has, is, and forever will be a great thing, not only for the consumer but for the developers as well.  It defeats complacency and makes those who make games think harder about how to draw people away from an established title to try theirs out.

We have choices.  Divergence is a good thing…and if you’re anything like me and you feel that one MMO is beginning to wear thin, consider switching it up.  Try a new flavor, or maybe hop on to a different platform entirely.  You might be surprised at how much more you’ll enjoy that old, reliable standby game because you had decided to include a rotation instead of exclude all of the wonderful different options out there.  Salsa would be pretty boring if all it had were just tomatoes.

I will always encourage anyone reading this to nibble different things. It’s a combination of tastes that create a balanced breakfast, after all.