Look, you can’t be completely surprised by seeing this topic on my blog; it’s kind of typical of this time of year to look back at what was and I actually was asked in the Discord server I help run. So while it might be par for the course to write these sorts of things, my responses might not be expected.

To further entice you to stay, here’s a puppy picture.

END_OF_DOCUMENT_TOKEN_TO_BE_REPLACED

I’m a bit of a new arrival to the Monster Hunter series, having my first hands on the game with the fun-to-play but miserable-to-control Monster Hunter Tri on the Wii. I was pretty much hooked from there and have played several of the DS editions, but with Monster Hunter World we finally see this series get the high fidelity and attention it so richly deserves. 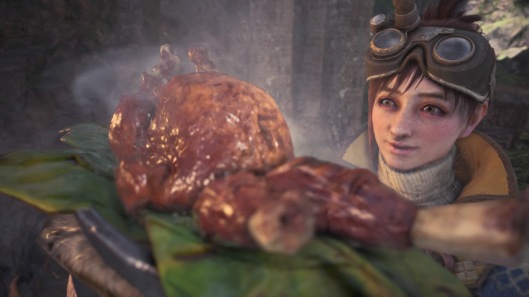 And nothing says “high fidelity” like well-textured digital meat.

END_OF_DOCUMENT_TOKEN_TO_BE_REPLACED

So this game has been a curiosity for me that didn’t seem like it was possible. It sounded like one of those much-maligned Kickstarter vaporware schemes. But lo and behold, it formed from vapor to solid. Not only that, it’s a thing that’s becoming reality to my PS4, which gives it a strange sense of permanence to me somehow. 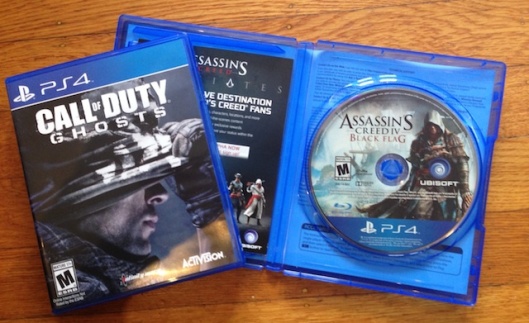 Probably because I like to have the physical copy in my hands.

It’s easy for people to think it’s not possible – a videogame where the point is to dart seamlessly from planet to planet and map out the wider galaxy? Sounds like the ramblings of Peter Molyneux after looking directly at the Elder Scrolls. But now that we’re coming to a release, there’s still grumblings about whether it’s “an actual game” or not. Which got me thinking…