Look, you can’t be completely surprised by seeing this topic on my blog; it’s kind of typical of this time of year to look back at what was and I actually was asked in the Discord server I help run. So while it might be par for the course to write these sorts of things, my responses might not be expected.

To further entice you to stay, here’s a puppy picture.

END_OF_DOCUMENT_TOKEN_TO_BE_REPLACED

My 2015, personally, didn’t see a whole lot of big change overall.  I still work at the same job, though I did get a promotion to a supervisor.  I’m now in my own apartment, which is a pretty big change but ultimately not too terribly amazing in the grand scheme.

Said apartment has a toilet that only refills when you bang on the tank…so that’s fun.

I think the largest change in my personal life is being married.  Which is a big deal to anyone…but being married to another man has been a whirlwind.

END_OF_DOCUMENT_TOKEN_TO_BE_REPLACED

As we close down the year, it’s kind of expected that everyone has a moment to reflect.  Which is a wonderful idea for blogging material because I am kind of lax right now going through the holidays.

So these next few days I’m going to be taking a look at my personal year that was in pieces. starting with the gaming segment…which, thinking back on it now, has been pretty full.

END_OF_DOCUMENT_TOKEN_TO_BE_REPLACED

So this should start off with an explanation in my posting schedule.  I was pretty sure that posting blogs every Tuesday was going to be a reasonable schedule for me because of my job. The past few weeks have seen that sort of get slapped about a bit…but it is indeed looking like things are leveling off in that regard.

Additionally, this retrospective would have made more sense closer to New Year’s Eve, but working in the industry I do, that date, and the weeks leading up to it, are incredibly busy for me.  So for that, I apologize.

I also blame Obama, those meddling kids, and Steam sales.

With that bookend out of the way…I’d like to take a look back at my year in gaming and other things directly related to this blog…and the shared consensus of 2014 being a rough one for MMOs will find no argument from me, unfortunately.

My big things in 2014 were Landmark and WildStar as far as MMO gaming goes.  Landmark pulled the veil away from my sight of what sandbox gaming could be and made me an almost instant proponent of the design style.  This was further cemented by WildStar’s explosive and subsequent implosive release quarter…and while I still enjoy both games to varying levels, it’s been rough on the titles I enjoy and the genre I adore.

Landmark started as a buggy horrifying beast of a thing to a multi-layered and fascinating little world to build in, to a cold reminder of SOE’s current inability that they can’t make active combat models.  Since then, it’s fallen out of my rotation until things firm up.

WildStar, meanwhile, ended up delivering the sort of game and MMO and world I’ve always wanted in a themepark…right until the very end.  The “Post Cap Playspaces” ended up being droll dailies that provided no challenge and yielded absolutely no reward unless you were a raider.  Then the staff cuts arrived.  Then the change of update cadence.  And, piling on a dickheaded buttercream frosting on a really shitty cake–the comments from a variety of sources delighting in the whole affair.

“Your own fault for liking something different, douchebag.”

It wasn’t just games I personally played taking a turn, either.  There were titles that I was watching or curious about gleefully leaping off of a cliff into mediocrity…or worse.

ArcheAge came to the delight of many who rightfully were hoping for a clean and excellent sandbox experience, but found that it was apparently being managed by baboons.

Elite: Dangerous had a clean ride all the way to launch until their servers went nuts during a holiday, as well as generally underwhelming many (but not everyone).

Star Citizen continued to balloon to worryingly large levels of funding and made people shy away from it like the growing gas bubble it is rumbling in Chris Roberts’ stomach before unleashing fart all over everyone within a twenty mile radius.

…and to top it all off, World of Warcraft’s new expansion and subsequent canning of Titan very possibly showed the industry that new MMOs and new ideas are not worth the profit and energy, and people would rather stick with the old comfortable ride than attempt anything unique.

And then somebody used the wrong version of “their” and it ALL just went to hell.

Despite all of these stumbling moments, I still don’t think that 2015 is an automatic throwaway.  Elite: Dangerous has a base to build upon.  WildStar’s most recent patch and pending Drop 4 have design decisions that make me feel like “The devs are listening” isn’t a snappy phrase but a reaction to gameplay metrics.  Star Citizen, for all of the worry about earnings bloat, is moving onward with new modules and pulling together its cells to form a real game.

And despite what Warlords of Draenor would have many believe in the short-term, new gaming ideas are still being worked upon.  The Repopulation is coming closer to completion and being the SWG home that Smedley thought zombies were.  Non-combat MMOs are still being developed in spite of “popular wisdom”.  And no matter what MMOs will become, I’m forever becoming delighted by the “retro movement” among single-player titles and the stuff that continues to come out of Kickstarter in that venue. 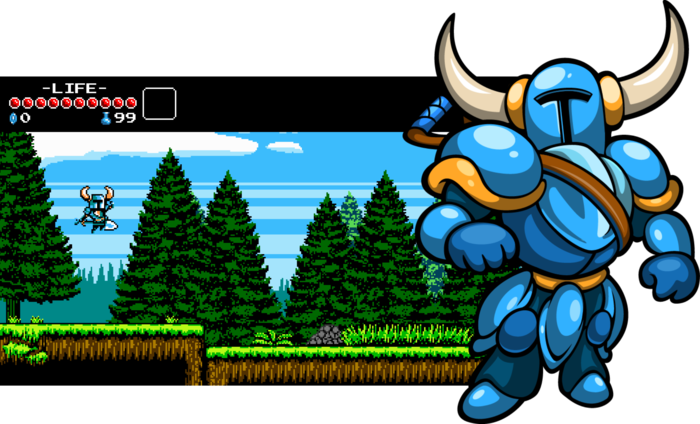 As for Wolfy’s personal 2015?  Well…WildStar, despite the leadership of my guild leaving, is still fun on my alt and a delight on my main character.  Final Fantasy XIV has begun to blossom as a place for RP and friendship as well as its future with the Heavensward expansion.  Despite all of my grousing, I still hold a sliver of hope that SOE can get Landmark and EQNext right.  Camelot Unchained might end up being the unsung hero title that I wasn’t anticipating.  I’ve even become an acolyte for the Church of Roberts, tossing a starter pack’s level of funding at Star Citizen and enjoying what’s there.

2014 has been a bumpy ride…but then, it wouldn’t be quite as interesting if it were all sunshine, right?  Even a happy world like ones you’d find in LittleBigPlanet have gaping holes and fire traps to navigate through.  And to quote a motivational image–a thing I would otherwise brush away as idiotic…”If videogames have taught me anything, it’s that if you run into enemies, you’re going in the right direction.”

So, 2015…let’s see what you got.  Let’s see you surmount those challenges, devs.  And let’s see if we webizens can’t help things out by being a little more loving and supportive and upbeat.  It’s moments of doubt and disappointment that steel resolve.

Dunno about you? But I’m still a fan, yo.