It was, honestly, inevitable. Despite arms crossed over chest and nose upturned at the idea, I went ahead and downloaded the Overwatch open “beta”. I had my suspicions going in to how I would feel about the game, but I also had my own personal rule of “Don’t knock it ’til you try it” drumming in my head and the compulsion of my Twitter feed driving me onward. 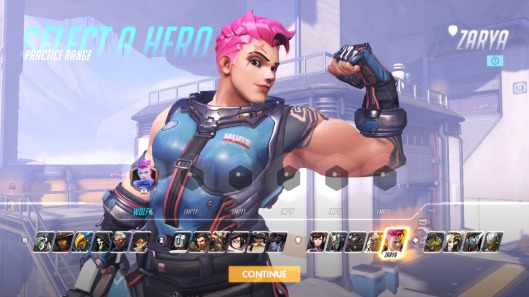 Overwatch starts with a level of panache and craft that is distinctly Blizzard – animated, inviting and buffed to an absolute mirror finish. The tutorial provides the basics of combat and then lets you run around a small arena to pick at each of the roster and play around a while. The controls are not exactly mind-numbing, but then the game also doesn’t really go out of its way to assume you’ve done anything like this before. 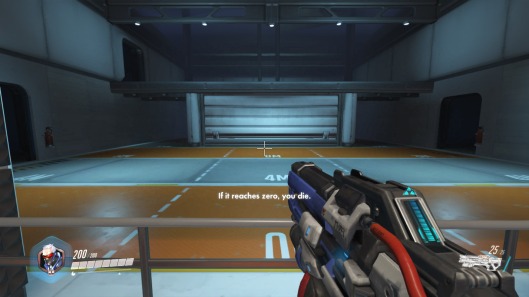 After that, I had a few humans vs. AI matches to play. This, frankly, felt a lot better as a tutorial than the tutorial did, as it got me acclimated to some maps and the bare basics of a team makeup. Combining characters in to an effective squad comes naturally here, and with so many different choices, it’s easy to find at least a couple that jive with your own preferences.

Everything about this game plays great. It feels awesome, it moves well, it’s colorful and kinetic, and it’s just a romping good time. As shooters go, this is probably one of the tightest things I’ve put my hands on. The classes and styles of each class are so distinct and so well-crafted that it’s amazing they were able to come up with as many as they did. It speaks to the sense of care that Blizzard is capable of when they really commit, and so it motivated me to keep on playing. 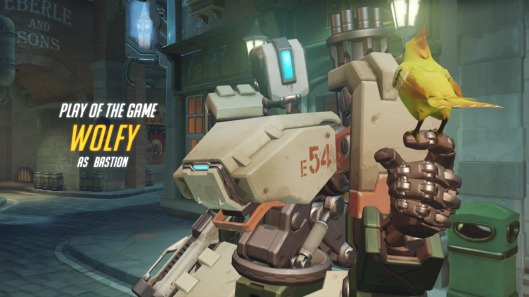 Hell, I even got to see this about two or three times.

After some spectacularly simple AI matches, I was emboldened enough to get in to the real deal – team versus team. Once more another layer was added on, but it still felt natural and gradual instead of a huge skill ceiling. Obviously some teams mesh better than others and there were more than a couple of matches where players knew the map or the objective way better than I did, but it still didn’t feel like I was being smashed with a frying pan of meta.

As matches wore on, though, things began to bother me a little bit. Questions rose up in my mind about the game and what I was doing here. Personally, I’m not exactly the best player ever, and in a team-based shooter I felt like a roadblock. I tried to adapt as I went along, moving with the flow of the match or even trying to be a good Zarya or planting my Bastion turret butt in the right place, but it all still eluded me. Like this game was designed for someone else, even if it felt welcoming initially. It was much like running in to a dance club and wondering why they’re not playing Pearl Jam even though the drinks are delicious.

Yep, that’s me not being behind the shield. I deserved to die.

Then I began to think about the characters of the game – a cache of heroes and villains of such style and depth and clear display of personality that their inclusion in a team-based shooter felt tacked on. There was no reason for any of these people to be teaming up or fighting each other, and the reason why objectives were important was never made clear. Obviously, I’m overthinking this matter, but I still can’t shake how much I’d rather see these characters in an animated film. Or an entirely different style of game.

Overwatch is an absolute success at what it does. It’s the custom rims shop of team-based shooters; not reinventing the wheel, but making it look damned beautiful. It’s fun, it’s fast and it is very much the epitome of easy to learn and hard to master. Still, the level of style feels like it’s directed at the wrong game. The characters in Team Fortress 2 were animated and lively, sure, but they were only advertisements on why you should pick them. The characters in Overwatch are compelling. They’re fascinating. They’re stylish and awesome and fun and beautiful and I want to learn more about them.

And I can’t do that when I’m playing an objective-focused team shooter. 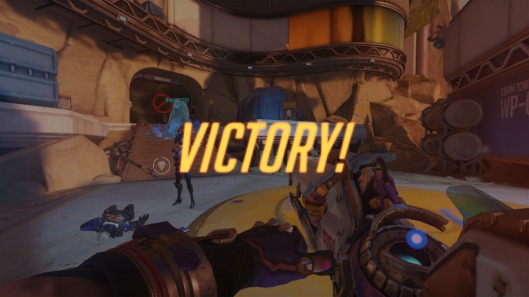 There’s so much more to this than what four or five minute matches can tell.

It’s a personal problem and a completely weird complaint, I know, but the Blizzard touch on this style of game is overbearing here. It’s misdirected. I want Overwatch in something other than an eSport. I want more of their world beyond a square map. I want conflict that runs deeper than unexplained objective taking. This wasn’t helped by the absolutely amazing cinematics that released leading up to the this point, as I felt connected to the characters with each new short.

Overwatch is the most fun and most beautiful waste of potential I have ever played. But despite this feeling, I had a good time, and I’ll be eagerly watching it as the eSport it was always designed to be, and I completely understand why people love it. I guess the Blizzard magic just holds no more sway over me. Like WoW before it, I have better things to do or look forward to.

6 thoughts on “Overwatch Through Wolfy’s Eyes”