My past couple of posts this Blaugust have been Debbie Downer-y, so I decided to take my own advice and focus on making a little love wave. And this time I’m going to show some of that love to my all-time favorite class to play, the tank.

I actually wrote about tanking early on the last time I participated in Blaugust, so I suppose we’ll consider this something of a natural progression from that thought on why I love tanking; I’m going to take a moment to think about the best games that gave the best MMO class the best treatment. 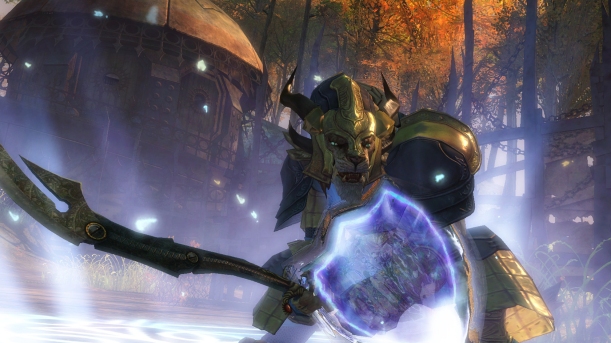 This one sits low on the list because…well, I don’t play Guild Wars 2 an awful lot. That said, I’m putting this class and weapon combination on there because this was the build that got me to better appreciate the game overall.

Guardians always seem to strike me as very weak soak tanks, but the combination of the abilities that the Shield secondary weapon provided just meshed way too well with the regular small-burst healing and heals-over-time that the mace laid down. Combined with a series of traits that made me feel a little stronger than most other classes that I’ve tried in the game and it all began to click.

A Guardian with a mace and a shield turns into the kind of playstyle I love – one where I don’t win because I’m putting out huge numbers, but I win because I can soak the damage I’m getting and win by attrition. That, frankly, is my preferred playstyle.. 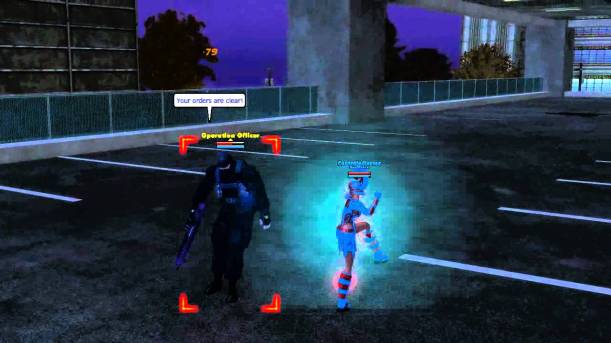 Whenever I think about a superheroic tank, I almost always think about this build. The Super Strength/Invulnerability Tanker, or SS/Inv for short, was that stoic, unmoving sort who just took whatever punishment came at them and answered back with sheer brute force.

Now to be fair, as far as defensive powers go, Inv didn’t really have a whole lot of intriguing things to it in terms of visual or mechanical flair. It was just a bunch of powers that gave you resistances. Put that into the comic book setting of City of Heroes, though, and you’ve got yourself your own bonafide Man or Woman of Steel fantasy with a character that simply flexes on incoming damage.

The natural companion, at least thematically, was the SS secondary attack set, granting you a bunch of thunderous blows. It also was home to the power Knockout Blow, which was the single most satisfying thing to use when it landed…and also the saddest sight in video gaming when it didn’t, as your Popeye-style windup punch just made a dull “flumpf” sound and nothing more. 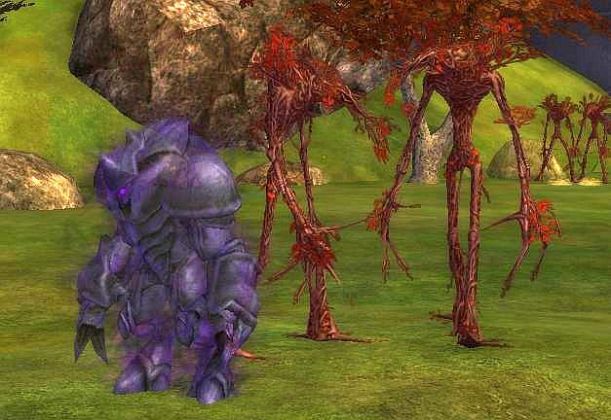 Yes, another City of Heroes tank is here. Because it’s my list and I can do with it what I wanna.

Kheldians came in two flavors that, for the most part, were thematic – the Peacebringers, which used a lot of luminous attacks; and the Warshades, which used umbral blasts. And since I’m a part-time goth, I was almost always a Warshade. One of the best parts of this elite class was the ability to shapeshift into two different forms at a certain point, allowing you to adapt to situations. The Black Dwarf was the tank form of the Warshade and it was just delicious.

Basically, this form took all that was fun about the SS/Inv Tanker and dressed it up in purple-black inky spookiness. It had flair and style and a sound design that made it absolutely stand out, sending out smashing fists that radiated explosions of dark energy with every blow your spooky space lobster person dished out.

I don’t think the tri-form Warshade was the optimal build…but there weren’t a whole lot of people who cared about optimal builds in that game in my experience, so win-win. 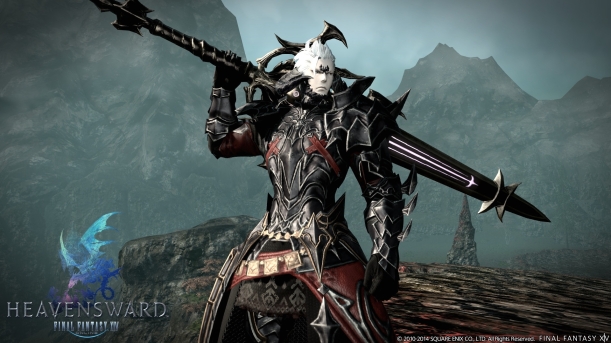 While I like being able to win by attrition, the Dark Knight of Final Fantasy XIV is attrition of a different sort. It’s easily one of the most aggressive tank classes I’ve ever played and I really love it for that, but it gets even more fun with its resource management.

Now I know that doesn’t sound like a great deal of fun, but when your preferred class usually involved “keep toggle on, click three attack powers”, having the variety of both active attacks and skills that required more focus on resources was far more mentally stimulating. Dark Knights don’t feel particularly tanky, but they also feel like they can just rise up from being surrounded, withering away foes around them and feeding off of it in the process.

The cadence of a Dark Knight’s play is a bit like a roller coaster, with rises and falls that see it take a bunch of damage, soar up over it, and then cleave through while the rest of the party is going to work. Combine that with some serious style and a class backstory that is easily the best the game ever produced, and it’s second only to one other… 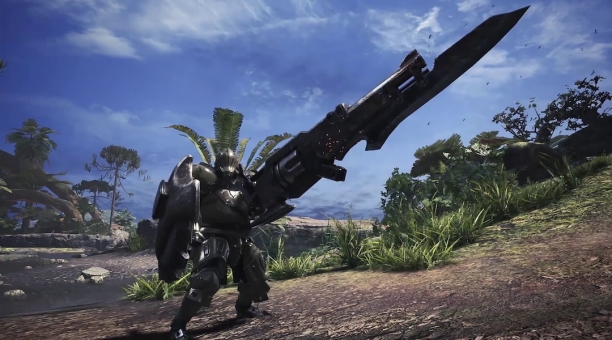 Alright, let me explain why a weapon type in a game where there’s no hard party makeup requirements and is also not technically an MMO if you’re gonna be a pedantic jerk about it made the top of my list. And it all starts with that shield.

Shields are, by and large, nothing more than stats platters to most tank classes, but the Gunlance shield actually has defensive value that applies from directed use of it. Remember when I said I like winning through attrition earlier? Well nothing says that more than raising a shield, standing your ground, blocking your way through the temper tantrum of some very large monsters and being generally unscathed.

Technically, the Gunlance isn’t the best shield in Monster Hunter World; that belongs to the Lance. But what sets the Gunlance above and beyond for me is…well…the gun! Having a big lance to harass a monster is fine, but a lance with a big-ass cannon strapped to it? Yes please.

Gunlance play is slow, methodical, and often very time-consuming and conservative, but that’s okay. Because I love tanking and the Gunlance gives me the type of tanking gameplay I adore the most.

This blog post is part of Blaugust Reborn, a month-long celebration of blogging for both new and old blogs. If you’d like to learn more or even join in yourself, click here for details!