Anyone who plays MMO’s or games in general a lot is familiar with the idea of a “back burner”.  You all know what I mean–the log of titles on Steam you snapped up on sale but have yet to install.  The stack of games on a shelf that you sorta walked away from for whatever reason.  The desktop icons of MMO’s that you haven’t touched or subscribed to in a while but can’t really bear to remove.  Maybe sometimes you even boot up a patcher to keep current, but that’s about it.

I’m such a fan of MMO’s that I can find the joy in almost every title I’ve played.  Even my much-despised Champions Online has its good points.  Namely, the Freeform Powerset, which is one of the most robust and flexible “build your own character” system I have ever experienced in any video game, MMO or otherwise.  Some games, however, carry a sting of regret for me.  Titles that, for whatever reason, didn’t grab me from the word go but I still keep eyes on because I think there’s something wrong with me and not with the game.

Some games are easier to walk away from than others.  Champions is definitely one that I can get away from because as much as I like the Freeform powerset, everything else about the game is terrible.  EVE is a game that, while I enjoy the crafting and mining stuff well enough, the engagement of its playerbase makes me shudder like I’ve been waist-deep in offal.

Others, however, are….not quite as easy to kick.

The Secret World has so many amazing hooks to it that I still can’t comprehend why it’s not being mainlined right now.  It has a theme that’s unlike any MMO I have ever played.  It has characters that are absolutely memorable, and I haven’t even left the first area yet.  And the Investigation Missions…holy sweet mother of God, the Investigation Missions.  Not only are these the most rewarding pieces of content in terms of XP gain, they are the most rewarding mentally for me.  A mission that requires puzzle-solving and thinking??  Are you kidding me?!

But for all of that gushing, The Secret World still isn’t featured in my game time very much if at all.  I bought a Grandmaster’s Pack a long while ago in support of the game’s then-announcement that it would never go free-to-play.  And, of course, because life enjoys making me look like a complete dumbass, they announce the transition later.  Obviously it doesn’t affect me greatly, as the stipends from being a Lifetime subscriber are generous…but maybe that’s part of the issue.  They’re too generous.  I felt almost no pressure or compulsion to play very deeply.  Combined with the fact that I know nobody else who wanted to play the game with me and the fact that the character builder in the game is staggeringly obtuse means that I have yet to leave New England. 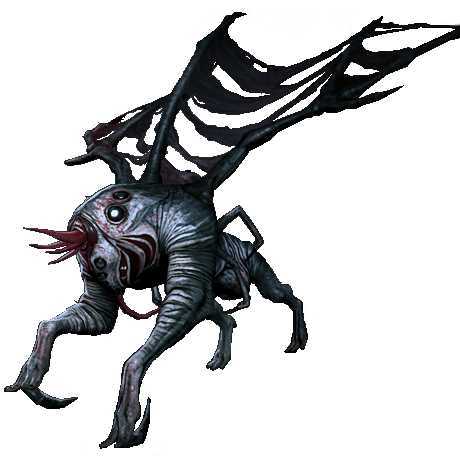 Guild Wars 2 is another.  It does, for the most part, everything competently.  It has a good enough combat model, the world of Tyria is colorful and well-designed, and the classes are all pretty interesting overall.  Pair all that with the fact that it has the most generous and open buy-to-play monetization model on the market, and you should have the makings of a big deal for me, right?

The thing about Guild Wars 2 that I still can’t get over–and this was a problem I had with Guild Wars 1, by the way–is that my extra abilities that offer buffs or debuffs or whatever feel incredibly anemic.  The cooldown length versus the effect length is just worthless.  I’ve played FAR too many MMO’s where abilities ticked off their skill for far longer, making using them satisfying.  Here, they just feel less like a sped-up combat cadence and more like a squirrel trying to sing a Scatman John song at me after eating a case of Pixy Stix.

Elder Scrolls Online has great questing but classes that just do not thrill.  Marvel Heroes has some of the tightest ARPG gameplay around and a stellar business model but I just can’t find the fun in ARPG’s after a while.  TERA’s combat is excellent but the questing is more boring than the entire programming lineup of Bravo.

The thing with all of these titles, though, is the fact that I just can’t shake the idea that the problem isn’t the design of the game, but me.  Myriad people love these games, and I am delighted that they do…but somehow they don’t speak to me and that makes you feel like an odd person out because MMO’s are just more fun with more people.

I know I shouldn’t really feel this way, and any explanations I provide just fall out of my mouth like an anchor.  But I still have this regret that I can’t bring these games in to my regular rotation.  And it’s kind of because of that that I can’t remove their icons from the desktop.

It’s this weird embarrassment of riches thing that sort of makes me wonder if this is a first-world problem or if there is something genuinely wrong.  And who knows, maybe I’ll come back around to any number of these games.  Recent developments have put TSW back on my personal radar, and I would love to see what else is out there beyond Kingsmouth.

I dunno…I suppose there’s comfort in a regular rotation.  Lucky stars and all that.

9 thoughts on “Blaugust Day 18 – The Back Burner and Regret”