The delightful and probably fun to sit around with Syl of MMO Gypsy posed a rhetorical question to the Twitter ether today, asking why anyone would want to play an MMO solo and why they’d want a multiplayer game to design specifically around that playstyle.  On the surface, sure, it sounds like pretty much anathema: the idea of an MMO is the “multi” part of that acronym. It’s literally designed to allow thousands of people to do things at once.

Of course, like almost anything else, it’s not quite that simple once you scratch the surface.

The first and most obvious point is that perhaps someone is shy. That’s not exactly a thing that’s new to me, Syl or a lot of others.  Being sociable is tricky for some. Even trickier when you’re expected to be the one who helps in a dragon fight.

“Guys, I get nervous around people! AND giant lizards! NONE OF THIS IS OKAY, GUYS!”

I think the bigger thing is the way an MMO feels. The intangible of being in a living, shared world that you sort of grow in. It’s a sensation that no amount of Radian A.I. in an Elder Scrolls game can replicate–sure you’ve got other people milling about, but there’s still a little bit of internal knowledge that they’re there specifically to make you feel among them. They’re actors in your own Truman Show. In an MMO, the people milling about are actually people, and that gives a sense of kinetic energy that is difficult to replicate.

There’s also the matter of gameplay that MMO’s provide. Sure, a single-player RPG has levels and gear and other means of upward power, but there’s just something about having gotten an achievement in an MMO that feels more immediate. More personal. Yes, the NPC you’re talking to is literally having the same conversation with hundreds of other folks, but there’s still this idea that a character you are in this world of others did this thing and earned an item that strikes a more personal sense of achievement. It’s directly associated with you and your efforts. It’s like when you’re in one of those awful water levels in a Mario game and you suddenly get a fire flower. The feeling that you’ve suddenly gotten a LOT stronger and are ready to rip in to more things. 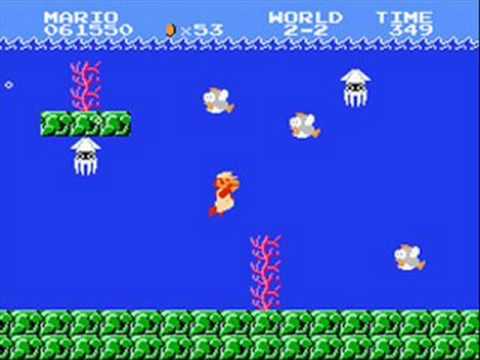 I also feel like MMO’s are more personal because you’ve crafted a character yourself. I mean, there’s RPG’s that have you smoosh your face before being dropped in to their world, but for some reason they all seem to maybe just miss that sense of personal craft.

I think it’s because MMO’s are populated by players granted godly powers, which means each god is an individual, where single-player RPG’s just have you as a god among mortals. It feels somehow more isolated. More lonesome. Sure, you’ve got NPC party members who also can take several sword strikes without having their innards spill out, but it still just is devoid of that personal touch somehow. The idea of individuality among a lot of others. And yes, even though that individuality isn’t guaranteed in build or loadout or stats or outfit, it still is more tangible a sensation than if you’re playing a character in a Fallout or Skyrim. City of Heroes understood this better than most MMO’s, allowing you a range of options to hand-mold your own god. Not only that, this sort of sensation was celebrated and rewarded in community things like costume contests.

A rainbow of solo potential and creativity.

Perhaps it’s all a bit overthought. Maybe it’s just as innocuous as people being shy or having hours that don’t cater to the play times of others or they just don’t have many real-life friends that share their love of game. Still….the solo MMO player isn’t really missing the entire point so much as enjoying the flavor a bit differently. Whatever the reasons are, solo MMO’ing is a playstyle that should be recognized and designed for as much as multiplayer.